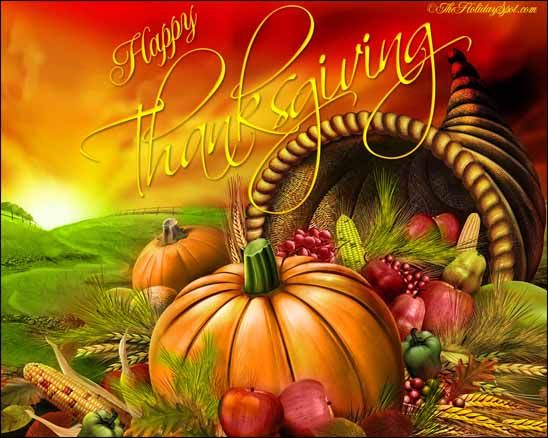 Happy Thanksgiving to you and your family, remember those serving in uniform around the world keeping us safe and free.

Promote the values of the Democratic Farmer Labor Party, encourage and increase participation in events, recruit and support candidates, and insure that the voices in Otter Tail County are heard in the legislative process

Our vision is to provide organization, support, foster and promote understanding of the issues and ideas contained in the Democratic Party Platform. We will be a vehicle for participation in the Democratic process, which will improve the quality of life in our Community, our State and our Nation

Today, DFL Party Chairman Ken Martin released the following statement on the election of Joe Biden and Kamala Harris to be the next President and Vice President of the United States of America:

“This is a great day for the United States of America. President-elect Joe Biden and Vice President-elect Kamala Harris ran a campaign appealing to the best in America and our nation responded by casting more ballots for Biden and Harris than any other presidential ticket in history. When all is said and done, this will be one of the most decisive wins – both in popular vote and in the electoral college – for any presidential ticket. When given the choice, voters opted for hope over fear, unity over division, and love over hate.

“Now that this long presidential election is over, it is time for our nation to come together as one people to address the common challenges we face. I look forward to the work that President-elect Joe Biden and Vice President-elect Kamala Harris will do to bring an end to the COVID-19 pandemic, build an economy that puts working people first, and tackle systemic injustice.

“Today’s victory belongs not just to Joe Biden and Kamala Harris, but to the American people. I eagerly await the day Joe Biden and Kamala Harris are sworn in and moral leadership is restored to the White House. After four long years, America’s allies abroad will have a president they can trust, our children at home will have a role model in the Oval Office, and Americans will have a President of the United States who unifies this country around our shared promise and dreams for the future. Our better days are truly ahead.”

“THANK YOU DEMOCRATS SO MUCH”

Thank You!   This election season offered us hope. Matters of concern to all citizens of Otter Tail County were on the ballot, including healthcare and economic security for rural residents. In addition, issues of equity were promoted, giving voice to the promises offered to all and that many of us take for granted — but in the case of some opponents, claimed inequality to be a “sidebar” consideration. Throughout the campaign season, voters had opportunities to hear options for solving problems by inclusive measures. Whether advocating for water quality by bringing constituency groups—farmers and environmental advocates—together or advocating for law enforcement reforms by way of respectful conversations, our candidates were unafraid to address systemic racism and gender bias, as well as clean energy solutions.

By your endorsements and donations, you helped promote our four well-qualified and enthusiastic candidates. Whether in debates, forums, virtual town halls, pop up sign events, podcasts, or other online media platforms, each presented his or her views as sensible alternatives to the oppositions’ party line rhetoric. Our candidates’ positions on government’s role in securing universal broadband access, showing respect for all populations, and promoting our rural economy by investing in public educational institutions gave voice to our shared responsibility for the many who live paycheck to paycheck in Otter Tail County.

Thank you  to Michele Anderson  for SD8; Brittney Johnson  for HR8A; Carol Wenner HR 8B; and David Suby  for HR 2B.  We sincerely hope you will consider leading us DFLers at whatever level and invite you to seek our assistance in championing your concerns in any endeavors you might choose.

We also thank Representative Collin Peterson  for decades of service to the nation and the MN 7th District and wish him good health and the opportunity to offer continued leadership on agricultural issues.

We are honored to know these fine people, and proud each ran positive campaigns promoting common sense, compassion, and civility.

Thank You  for helping to elect Joe Biden  & Kamala Harris for president and vice president and for re-electing Senator Tina Smith  our senator in Washington D.C.

The results of our presidential election provide the first step to returning humility, caring, sincerity, honesty and justice to the image our government here and throughout the world.  Whichever causes are closest to your heart, you must keep vigilant to those causes until you are satisfied with the outcomes.

“The DFL seeks to end discrimination and bigotry in all its forms and to inspire broad participation in our party. As part of our commitment to outreach and inclusion, we will take affirmative steps to increase the participation of members of all underrepresented communities.”

Our monthly meeting will be on the fourth Monday of the month at 7 pm on Zoom.  We can have up to 100 individuals so if you would like to attend please drop me a note so I can send you the sign in information.  windeyottertail@gmail .com

Get the latest news from our team!

The top resolutions that received the 60% of the vote will be sent to the MN DFL party for consolidation, with further discussion and voting at the MN State DFL Convention.

1____ Be it resolved that we support the University of Minnesota’s Forever Green Initiative that is developing profitable perennial and winter annual crops that build soil health, clean our water, and sequester carbon; and the long-term base funding of $12 million per biennium.

2____ Be it resolved that science has proven that restorative and sustainable farming practices will help stabilize the climate and nourish our land.

3____  Be it resolved that we call on the Minnesota Legislature and Governor to pass policy supporting severely financially stressed small and mid-sized farmers by covering the origination fees required          when refinancing farm debt and obtaining guaranteed loans through the USDA Farm Service Agency.

4____ Be it resolved that small U.S. farmers will be protected from sanctions imposed on trade farmers.

5____ Be it resolved that we support rural arts initiatives.

6____ Be it resolved that as we transition to a clean energy economy, this transition must create living-wage jobs, develop local rural economies, and keep wealth in local communities.

7____ Be it resolved that we support implementation and expansion of the Border-to-Border statewide Broadband Initiative.

8____ Be it resolved that as we transition to a clean energy economy, we must do so in a way that is fair and just for people of color, indigenous people, low-income communities, farmers, and rural communities.

9____ Be it resolved that we support the Minnesota Equal Rights Amendment, which reads, “Equality under the law shall not be abridged or denied on account of gender,” and will appear on the November 2020 ballot.

10____Be it resolved that we support a Constitutional Amendment to Overturn Citizens United.

14____ Be it resolved that we support all public-school students in Minnesota receiving an equal high quality public education through an equitable funding formula.

15____ Be it resolved that we oppose public money & taxpayer dollars going toward PK-12 schools that are not bound by the same rules of open enrollment, special education services, and teacher qualifications as in public schools.

Government Accountability to the Public

21____ Be it resolved that we support the National Popular Vote Interstate Compact (NPVIC) designed to ensure that the presidential candidate who receives the most votes nationwide is elected president.

22____Be it resolved that the MN State House & Senate agree to hire a non-partisan group to draw new political boundaries for redistricting without applying political population distribution in decision-making.

37____ Be it resolved that we support stronger mandatory background checks for gun purchases.

38____ Be it resolved that we support the Ojibwa culture, their lands and waterways, by opposing the construction of a new Enbridge Oil Pipeline 3 and the abandonment of the old Pipeline 3.

RESULTS FROM THE DFL STATE CONVNTION ARE ON LINE AT:  https://www.dfl.org/2020-dfl-state-convention-election-results/

I want to thank you for stepping forward and working to elect Democrats.  Since many have asked what to do with yard signs after Election Day, I have copied the Minnesota Statute which refers to non-commercial political signs, and your help is needed.

Keep the signs in the garage or basement to use in the next election cycle.

If your sign is trashed by a disgruntled neighbor, then throw it away and recycle the frame

If you prefer to give it back to OTC DFL for storage or recycle, I have included the names and addresses of our DFL’s willing to collect signs.  Find someone on the list near you, and drop off your signs.  No calls for appointments needed.

Thank You for everything you have done.  Your voice and your vote is Democracy!

Otter Tail County DFL:  drop off signs at one of these locations:

Thank You for Helping

Make a plan to vote for Joe Biden and Kamala Harris by heading to iwillvote.com/mn. We need to create an economy that will serve everyone and Joe Biden can do that for us!

about 3 days ago
Get more DFL news

Otter Tail County DFL holds its monthly meeting on the fourth Monday of the Month at 7 pm.  We are currently holding meetings on Zoom.  Please send me a note if you wish to attend and I will send you the link for our meeting.

Find out how to take action today, sign up today to participate in the grass roots involvement which is the Key to our success. Take the first step by joining Otter Tail County DFL community. Contact Mike Windey by email: windeyottertail@gmail.com and let him know you are ready for a change.